Hey, guys, in response to yesterday’s January Happy to-do List for Gardeners, I’ve had several requests for Gene’s extensive seed catalog list that he mentioned in the comments.

But first, I must warn you: I woke up to a wind so chill and so gusty that this may be my Last Post Ever. I wouldn’t be surprised if the fierce wind that is blowing–even as I type–just picks up our house and blows it away–to Iowa, or perhaps to one of the Great Lakes, where it might suddenly run out of steam and drop it. But I’m not complaining. At least it’s not 2º like it was yesterday (that was the high). For pete’s sake, it’s 13°! What could I possibly complain about? Okay, I am complaining. If I–and my big drafty cold house–survive this day, you’ll hear from me again. If we end up in the bottom of Lake Michigan, well . . . au revoir, cher lecteur! 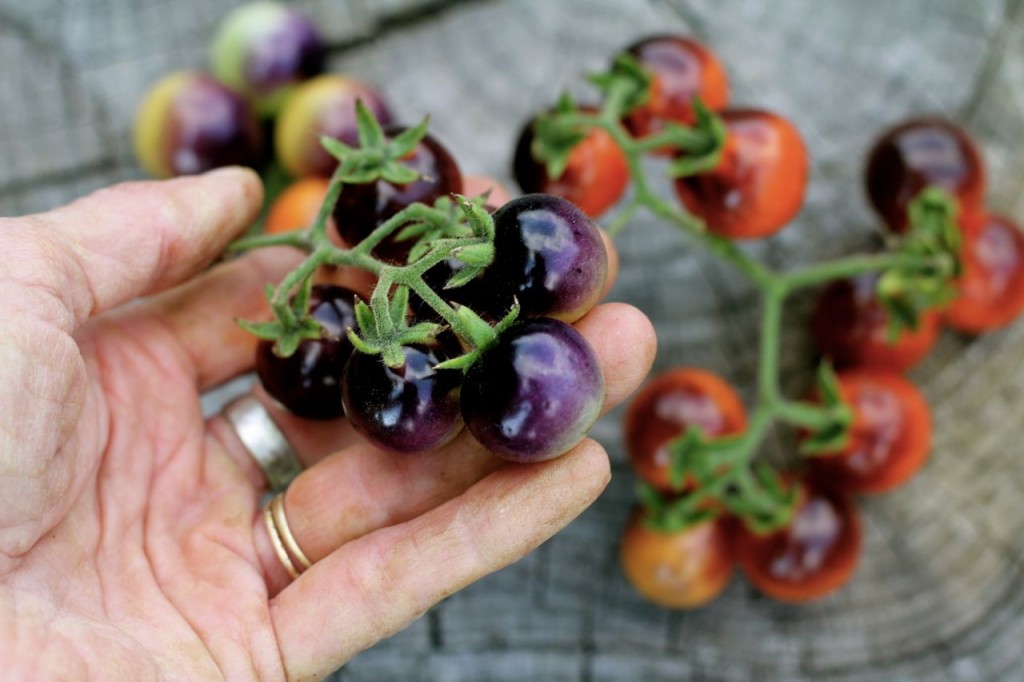 First, here’s a note from Gene regarding the non-GMO claims splashed about on so many seed catalogs:

“All this non-GMO verbiage I find a bit alarmist. The fact of the matter is that any American gardener buying in garden-sized quantities will almost certainly not even have the opportunity to buy GMO garden seeds.  According to the USDA, there are only three GMO varieties of sweet corn and two varieties of summer squash that can be sold in the US. No beans, no tomatoes, no cukes, no nuttin.  I think a lot of beginning gardeners are confusing “hybrid” with ‘GMO.'”

Gene is a professional market gardener who currently sells his stuff to fancy restaurants (so fancy that I’ll never set foot into any of them), among other (similarly impressive) things. Herb grower. Garden plant sharer. Jam maker. Garden mentor and all-around Great Guy. You’ll learn more about him later, since he has agreed to do an interview with me in March. See, Gene, I’m holding you to this! 🙂 I’m proud that he is my friend.

So, there you go. The GMO stuff is mostly made for the big commercial farmers in the way of soybeans and corn. Gene may laugh at this analogy, but I personally see the non-GMO claims to be parallel to the Gluten-free claims going around.

For example: a conscientious (yet not well-informed, perhaps) shopper goes into the store and studies his choices carefully. He sees two types of licorice whips. His eyes light up. He loves licorice whips. But he must choose between the two. One package says “Gluten-free food!” in bold letters across the package. The other one does not. The shopper picks the first one up, assuming that gluten must be a bad thing for him, since so many packages claim proudly that they don’t have it. He looks with disdain at the licorice that contains this awful ingredient, gluten. When would all the food companies learn to leave gluten the heck out, he wonders. Also he has a passing thought: must google gluten and see what it is, anyways.

He buys the gluten-free licorice, satisfied that he has made the smart choice, and proceeds to eat the whole package on the drive home. It was a bit much–he feels just a tad guilty about indulging in such a way–but also he feels a tiny bit smug, knowing that he at least did not not ingest gluten, at least.

That’s how I feel about the non-GMO language. As Gene pointed out, MOST garden seeds do not even come in genetically-modified form, yet many seed catalogs are quite proud of the fact that they carry no GMO garden seeds. Dishonest? Not really. Good marketing? Still thinking about that one. Not to informed consumers like us, Gentle Reader, eh? 🙂

In any case, Gene’s list was in a fancy spreadsheet, and my blog wouldn’t let me just copy and paste it. Stubborn, stubborn blog! I put out a couple of feeble cries for help, early this morning, and got quick answers and practical help from web kid Timothy, and Gene himself. So thanks, guys!

Oh! After all that, I can’t forget the list!