Becoming a grandma has been a wondrous and joy-filled journey for me.  I chronicled the joy of becoming a grandma over a year ago right here. It was everything that all those goofy-happy grandmas make it out to be, and more.  I might actually get myself one of those t-shirts someday that say “My grandkids are the BEST!” because they are, in fact, just that.

Nearly two weeks ago our son Matthew and his lovely wife Rachel blessed us with a grandson, Emmett Lee.  I am happy to report (if you were wondering) that it was just as exciting to have a second grandchild added to the family as it was to have the first.

We made a quick trip to St. Louis this last weekend (like anybody could have stopped us) to meet our new grandson, Emmett Lee.  Here are a few pictures of little adorable him (as if you could stop me from sharing them with you!). 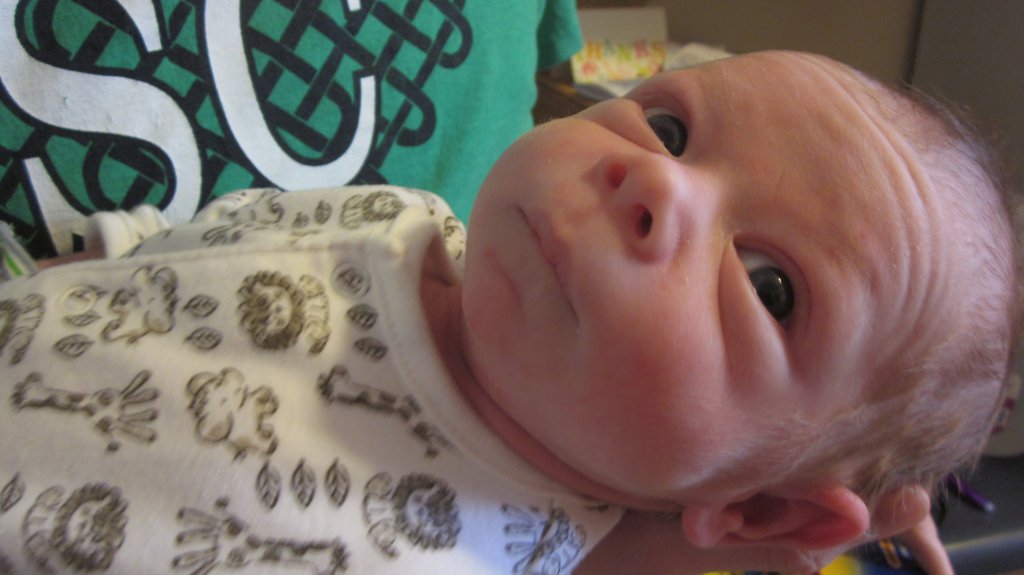 Emmett Lee:  he is perfect.

The first thing that you will notice about my new grandson is that he is absolutely perfect in every way.  Every finger and toe and hair and eyelash is completely and utterly perfect.  The second thing you might notice is that he is very, very little.  He was just born, after all.  The third thing that you will notice is that he is quite alert and intelligent-looking, for being so tiny and fresh to the world.  We’ve called his papa “the Oracle” for some time, because he is the one we go to when we need a question answered.  His mama is no slouch in the brains department, either, so I wouldn’t figure it would be surprising at all for the Son of Oracle to be unusually bright.  You can just tell that he is.

When our daughter Amalia was born, somebody gave us a card that said something like “New babies are so fresh from God, you can almost see their wings.”

I can almost see Emmett’s wings.

I sat for an entire afternoon in a fog of grandmotherly delight, holding a sleeping Emmett while his papa did things that needed doing, and his mama took a nap.  At one point in the afternoon I grinned at my daughter’s boyfriend Saia and said “Best day ever,” and I meant it.

Funny how becoming a grandma really lines up your priorities in a different way, a better way.

On the way home from St. Louis, we stopped for lunch at a Subway and a lady with a goofy-happy grandma grin on her face talked silly babytalk to a baby in a carseat.  She was just glowing all over, glancing about the place to see if anybody noticed how adorable her little grandson was.  It was embarrassing.  She was me, and I smiled reassuringly at her.  She grinned back at me.  We both belong to the Club of Proud Grandmas.

Enough about me, though.  Emmett was quite a brave little boy.  The seven of us who made the trip down to see him passed him around continually for the two days that we were there, and he bore it all like a little soldier. 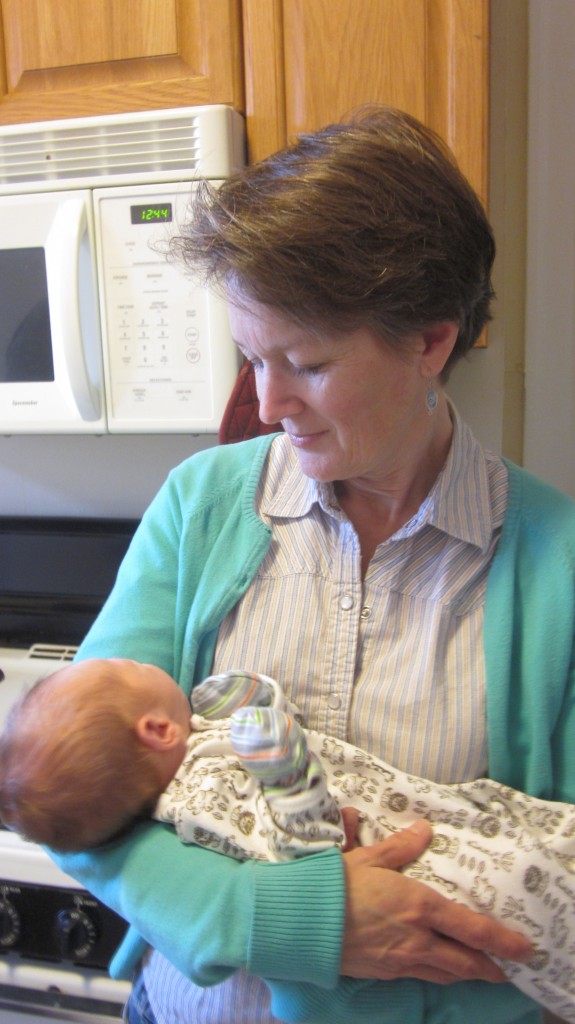 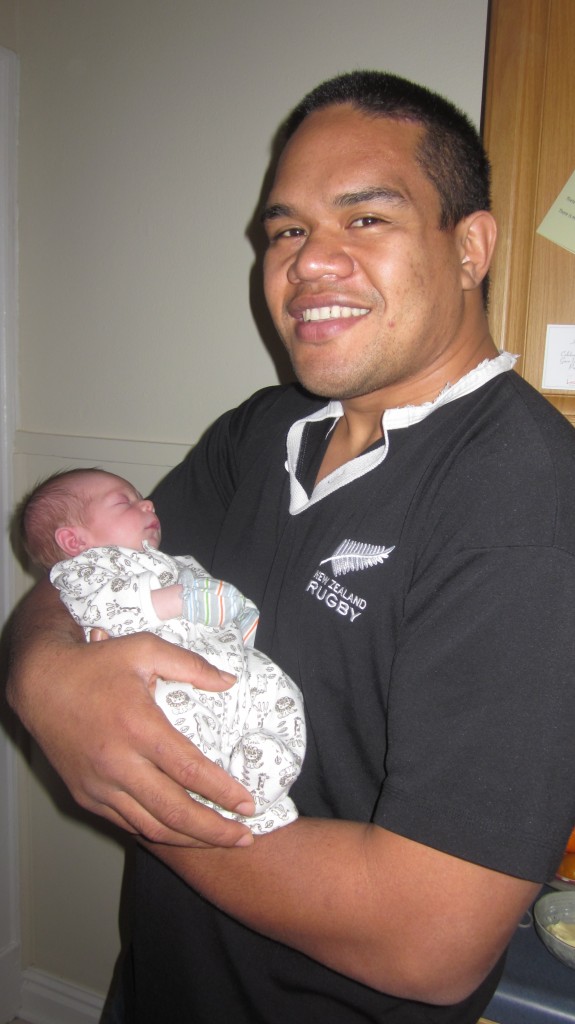 As tiny as he is, Emmett looks really tiny when Bethie’s boyfriend Saia holds him. 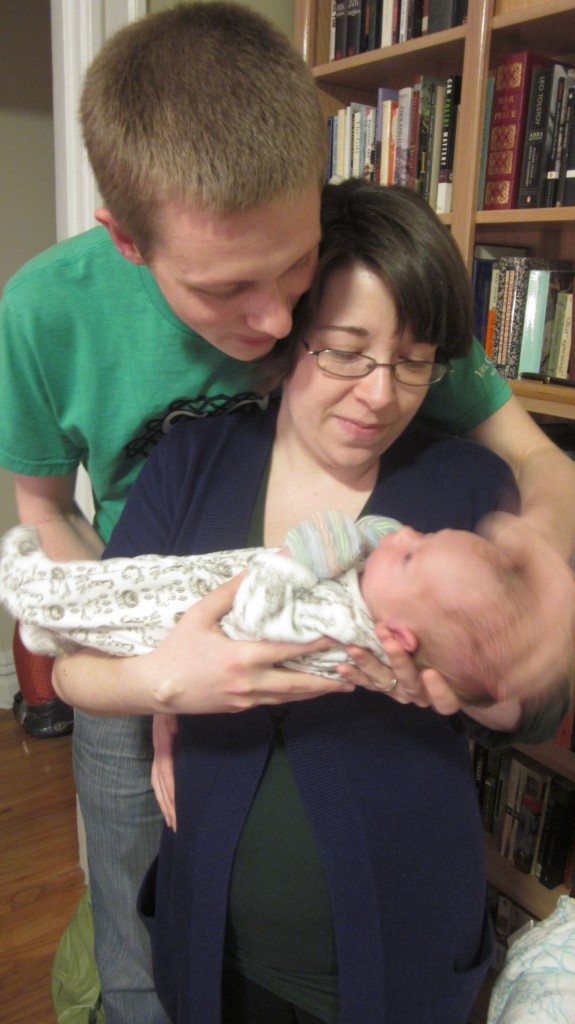 Sweet baby was trying to communicate non-verbally here that he was ready for a snack. He was very polite, but eventually let out a little squawk to let his mama know that he was tired of being patient. 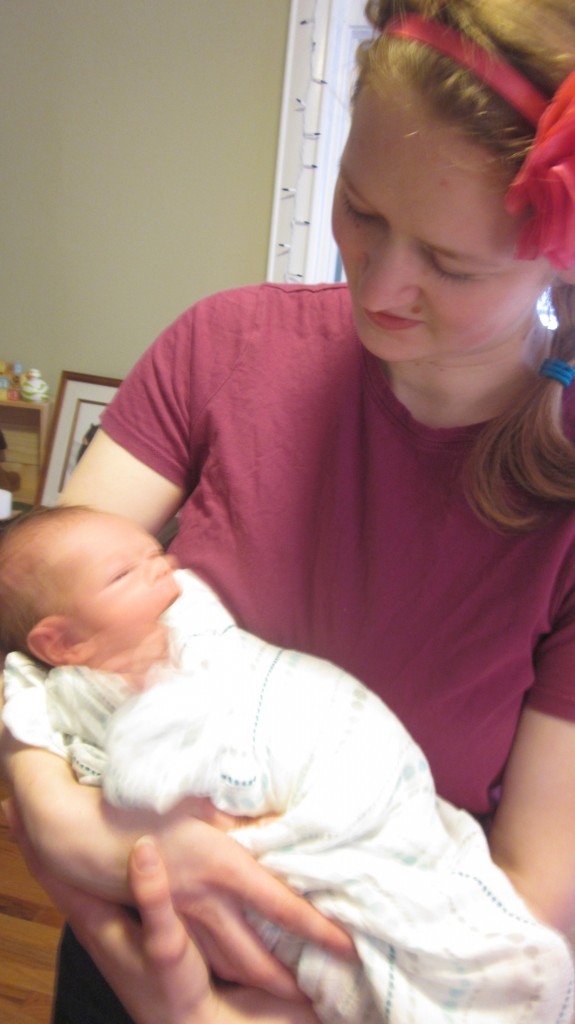 Aunt Bethie admires the cutest baby in the room. 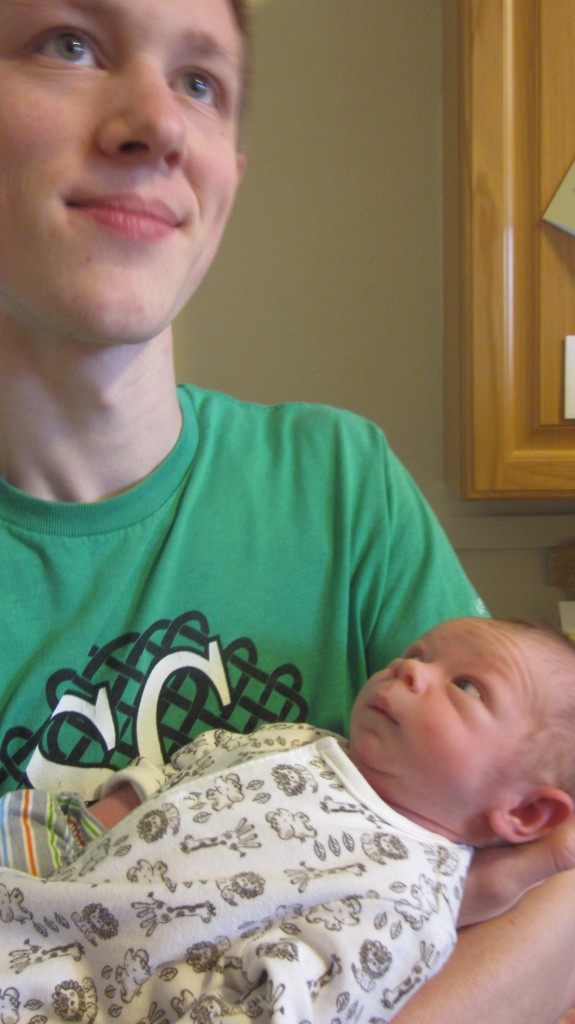 Thanks for looking at my baby pictures with me.  Welcome to Emmett Lee!