One morning I was just finishing up with my outdoor chores–hauling feed for the chickens,  hauling straw for their bedding, letting the dogs run for a few minutes–when I looked up and saw this: 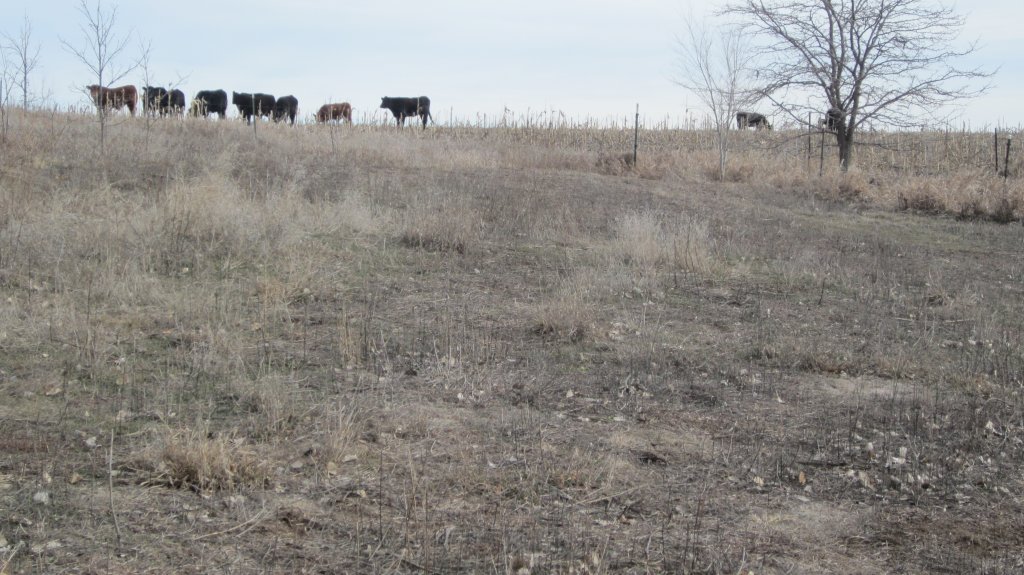 Granted, it’s not a snatch-your-heart-away visual image, but I enjoyed looking at those steers, all lined up in a neat silhouetted line, on the hill.  I clutched in my pocket, but my camera was inside the house.  I decided to indulge in a few more moments outside, and I ran in and found my camera, and returned to capture that picture.

There are women who indulge in a day at the spa, or a shopping excursion to make their day. I take a few more minutes outside.

By the time I got back outside, the fellows had all moved. 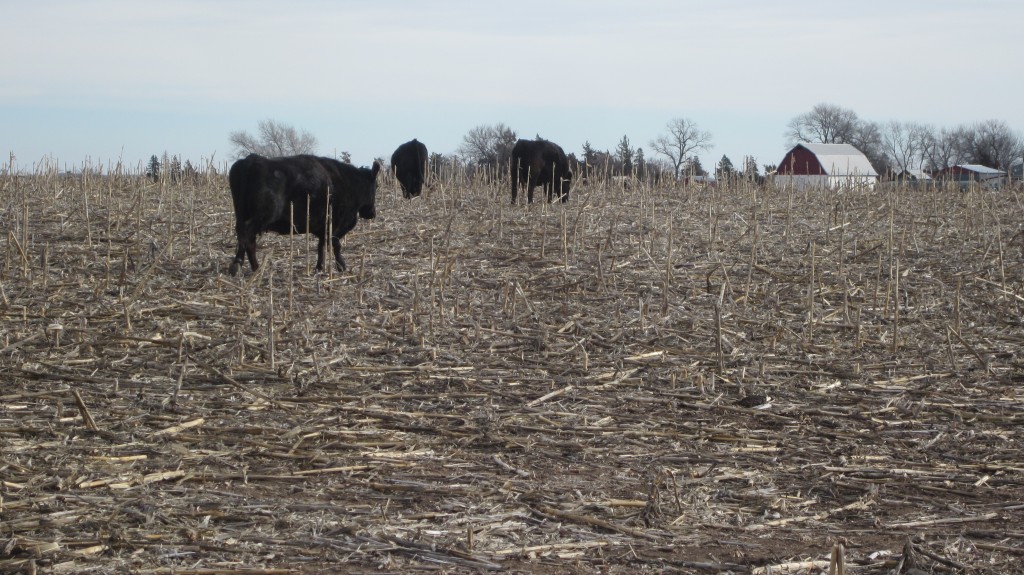 They had scattered and now stood in little groups, mostly with their backs to me.  This wouldn’t do.  I had my camera.  I was going to use it.

So I shut the dogs in their yard ( I didn’t want any dogs-chasing-the-neighbor’s-steers-across-two-sections excitement) and headed up the hill.  Maybe, I thought, I could still salvage a photo or two out of these guys. 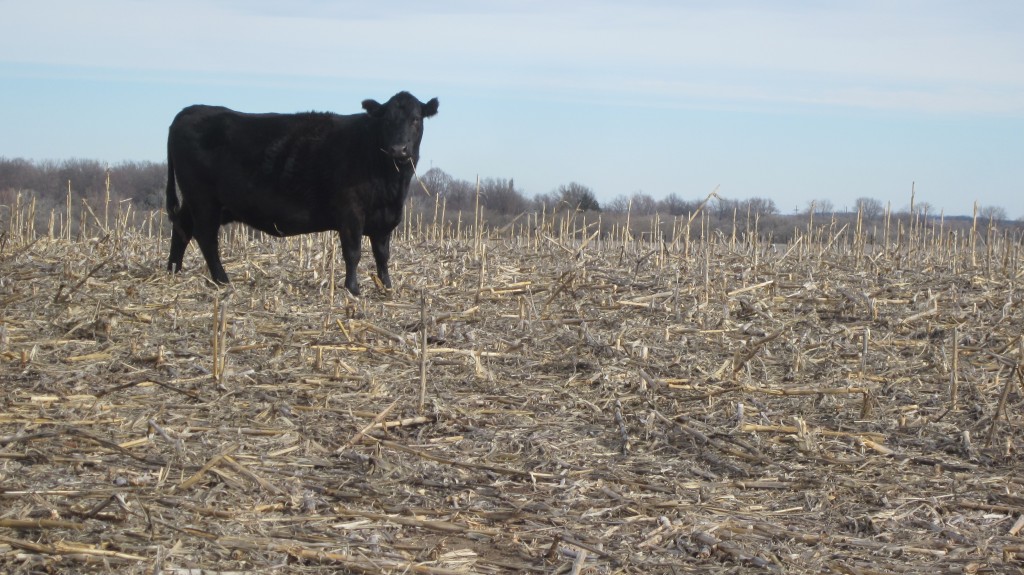 This fellow watched me with curiousity. 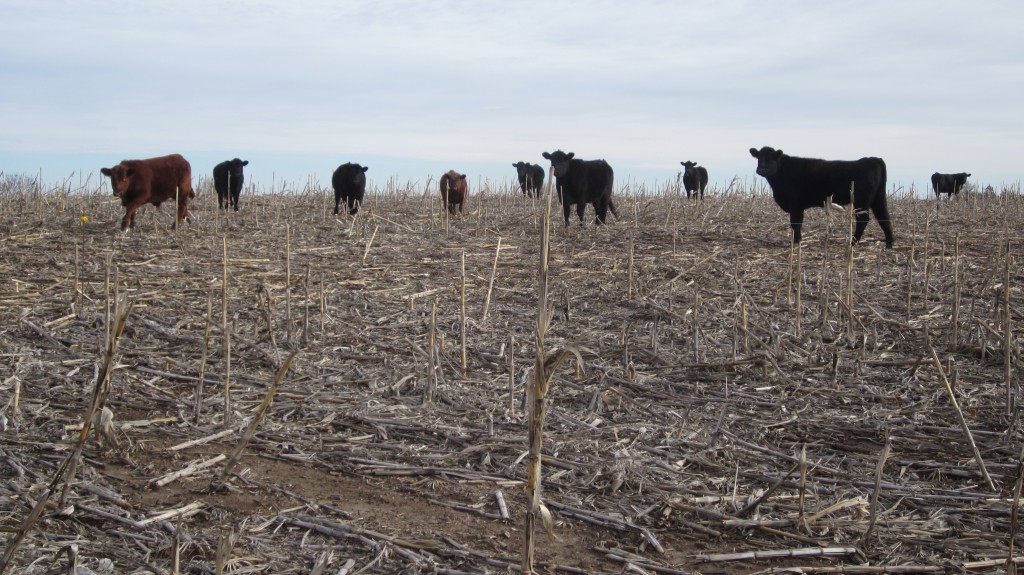 No, guys, can’t you just stand all in a line like before? Pretty please??

Then something happened.  The steers–there must have been about a dozen of them–took notice of me.  And then something else happened. 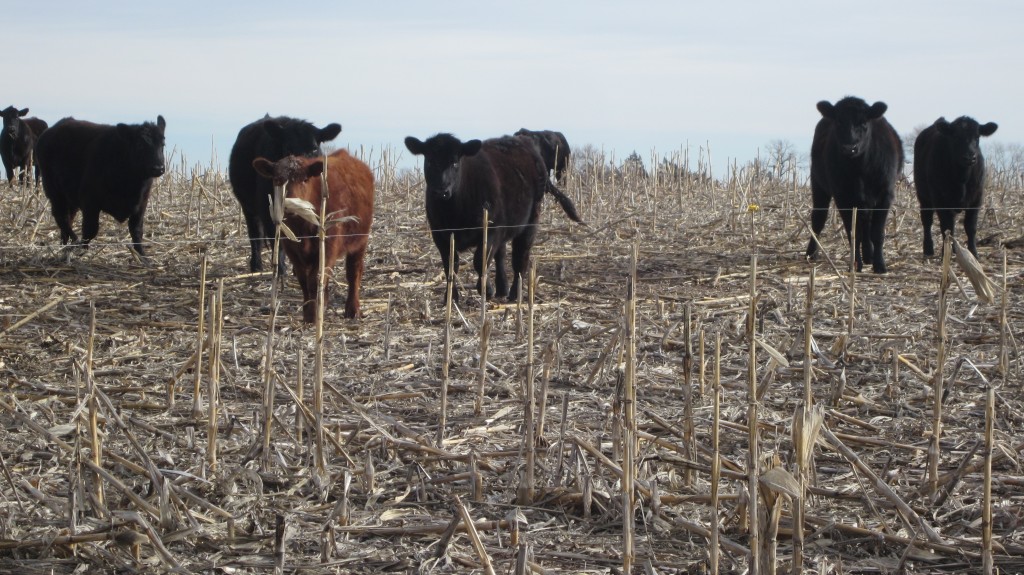 They started walking towards me.  Then something else happened. 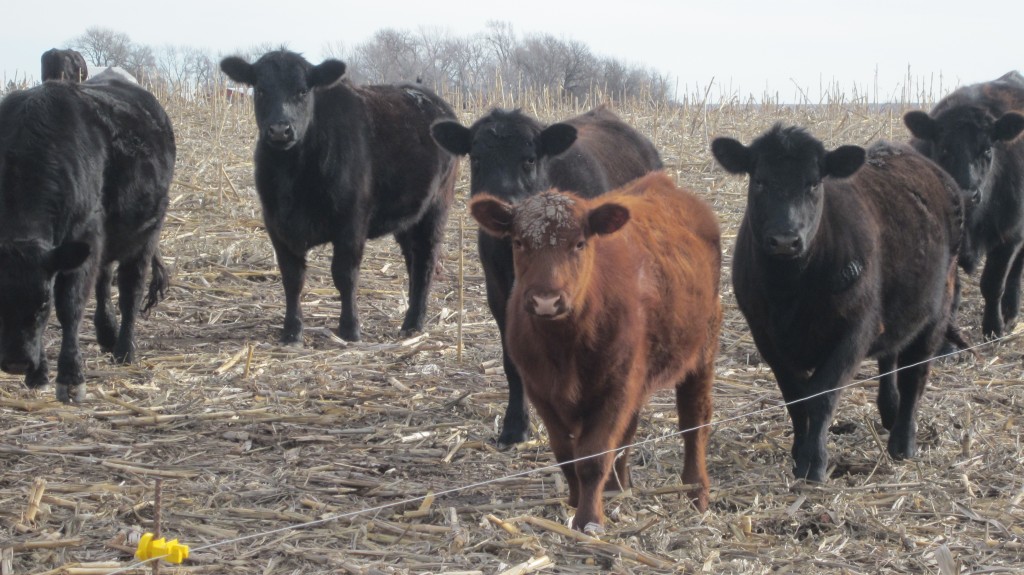 They didn’t stop.  They started running. And there I stood, rooted to the ground, with nothing–nothing–except that single wire (see it above?) between me and them.  And chances are, it wasn’t even hot. 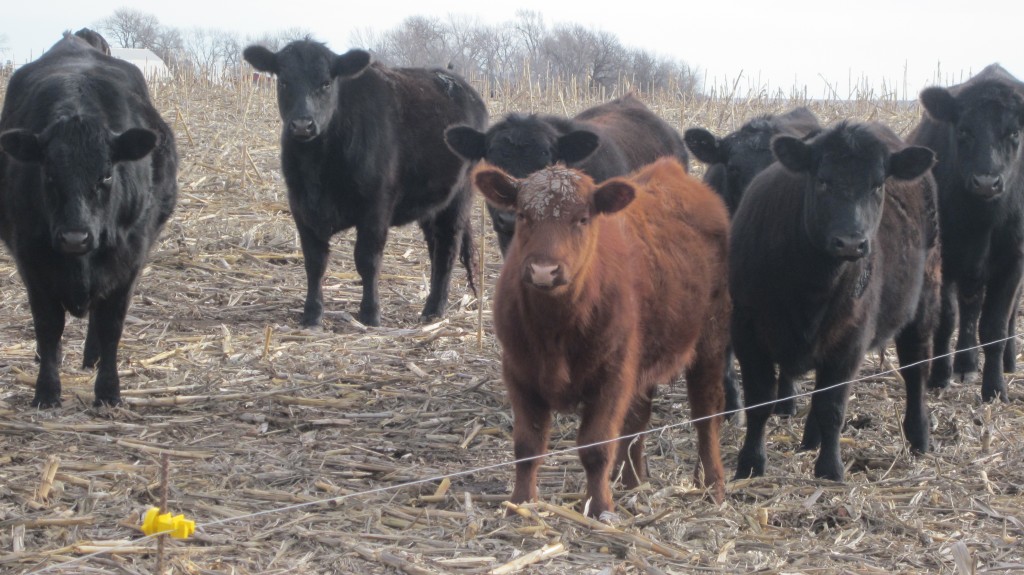 I was conflicted.  I had my camera, and I was tickled (in a terrified way) that I was now so close to my neighbor’s steers that I could get a few good pictures, but I was a little . . . yeah, a little scared, too.  These guys don’t look so impressively large in these pictures, but they weigh probably more than a thousand pounds, each.  They have hard little feet capable of stepping on soft little me.

What were they thinking?  Why did they just start racing toward me?  Did they think I was going to feed them?  Were they camera shy and attempting to trample me so I couldn’t take their picture?  Part of me said “RUN!” but another part said that “Take just one more picture–and then run!” 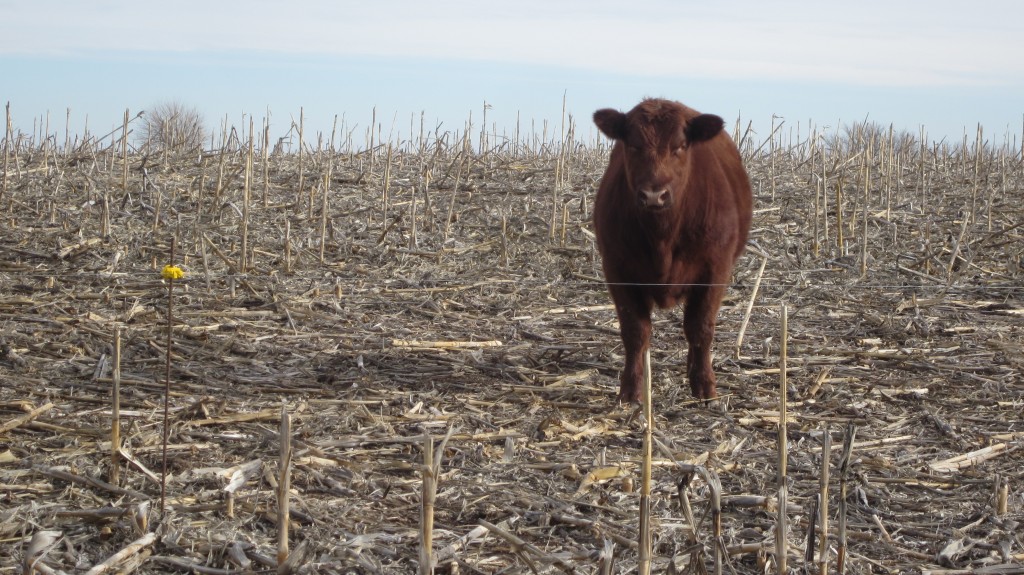 Just as I started to take a few stumbling, stiff steps backward, to avoid being trampled by a dozen very large animals, I felt something brush past my leg.  Bea.  Of course.  She raced past me, and told those fellows a thing or two, with a few bursts of barking and a couple of well-aimed nips to the ankles.  The steers turned and moved away from the fence. Still curious, but from a more respectful distance.

For my part, I took a few large breaths and tried to slow down my racing heart.  Yep. Those big animals and I had definitely just had A Moment, when they considered trampling the farm woman, who had disturbed their early morning reverie, and I considered how many hours it would be before my kiddos discovered that I never came in from doing chores, and was, actually, trampled into the field in the back.  Still clutching the camera.

“Yes, she is dead, but her camera will give us clues of her final moments!”

Milford Times headline:  “Local Woman Trampled to Death in Foolish Attempt to Get Picture”  (Subtitle:  “What did she have about cows, anyway?” neighbors ask.) 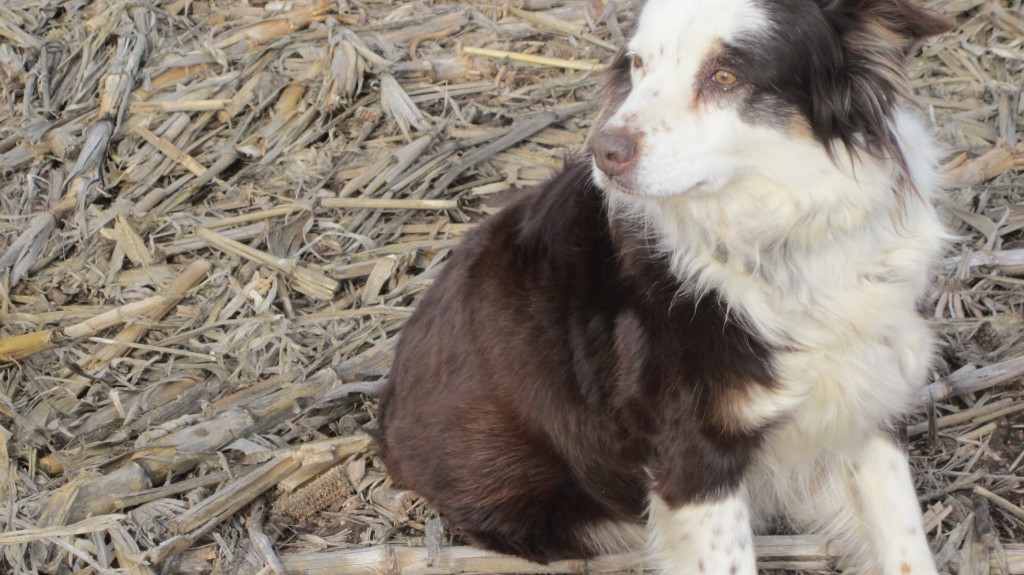 I was grateful for my little dog, but I made her sit and stay.  She wasn’t happy about it. What she really wanted was to chase those buggers down the hill and far, far away from me. 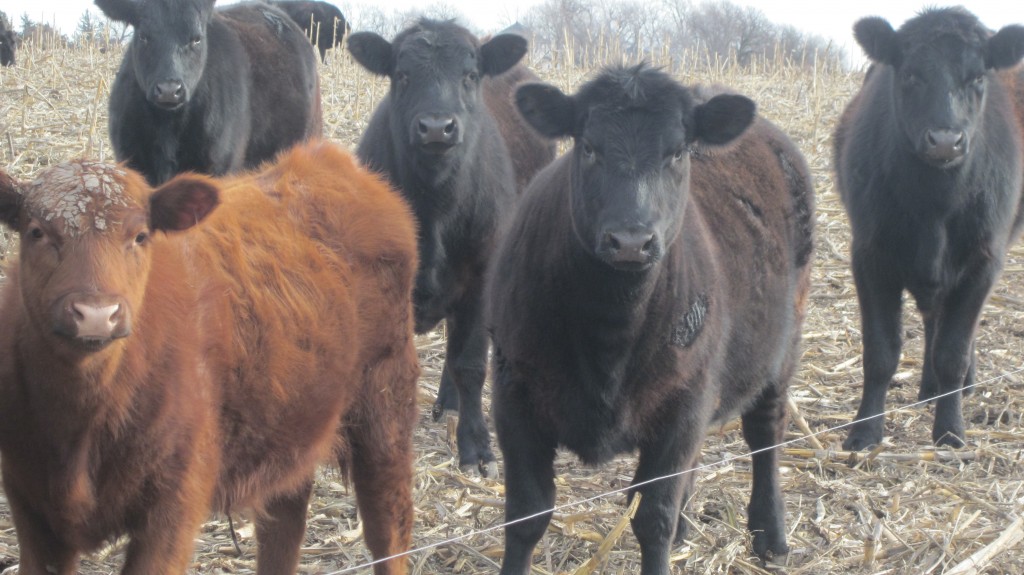 Now that Bea wasn’t threatening them, they drew up close to me again.  I was a little nervous.  But I felt sure that they wouldn’t harm me as long as Bea was sitting right next to me, that fierce little gleam in her eye.  That attitude of “Touch her and you die” that gave me confidence to stay a little longer, taking pictures. 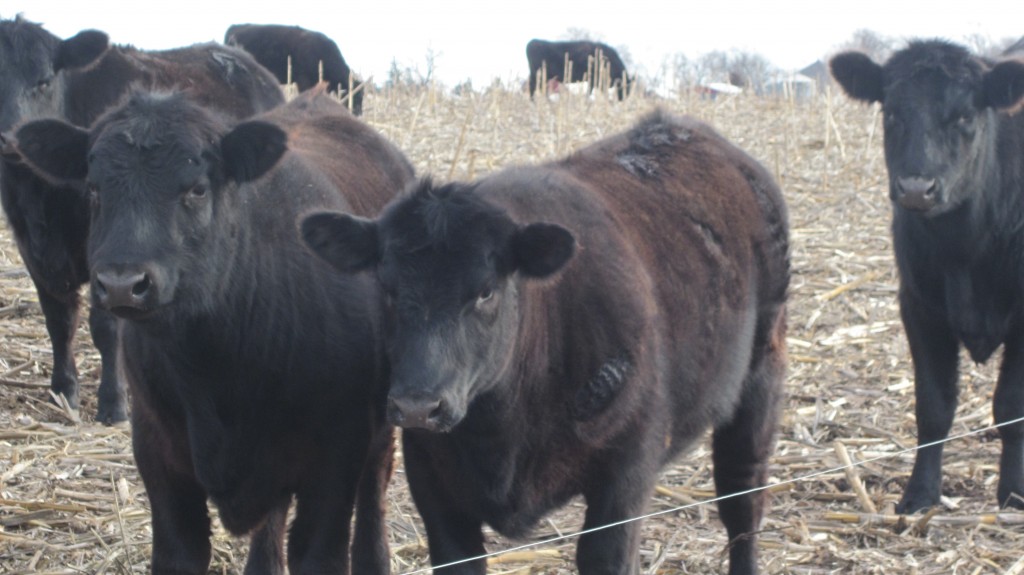 Then it dawned on me.  They weren’t interested in me, at all.  It was Bea that they were curious about.  Then it occurred to me.  They knew her. She had bossed them around before, and they were simply daring her to do it again. Fine. Moment over, I guess.

After a few tense moments, the herd lost interest and returned to their crunching of the corn stubble.  Bea and I exchanged glances, and trudged back to the house.

I had gotten a few decent pictures, after all.  And I lived to tell about it, too.

Can’t ask for much more than that.