It was a big week for little Mack.  His two lower front baby teeth have been loose for weeks.  Finally he couldn’t stand it any more and asked me to pull the one that was the loosest. 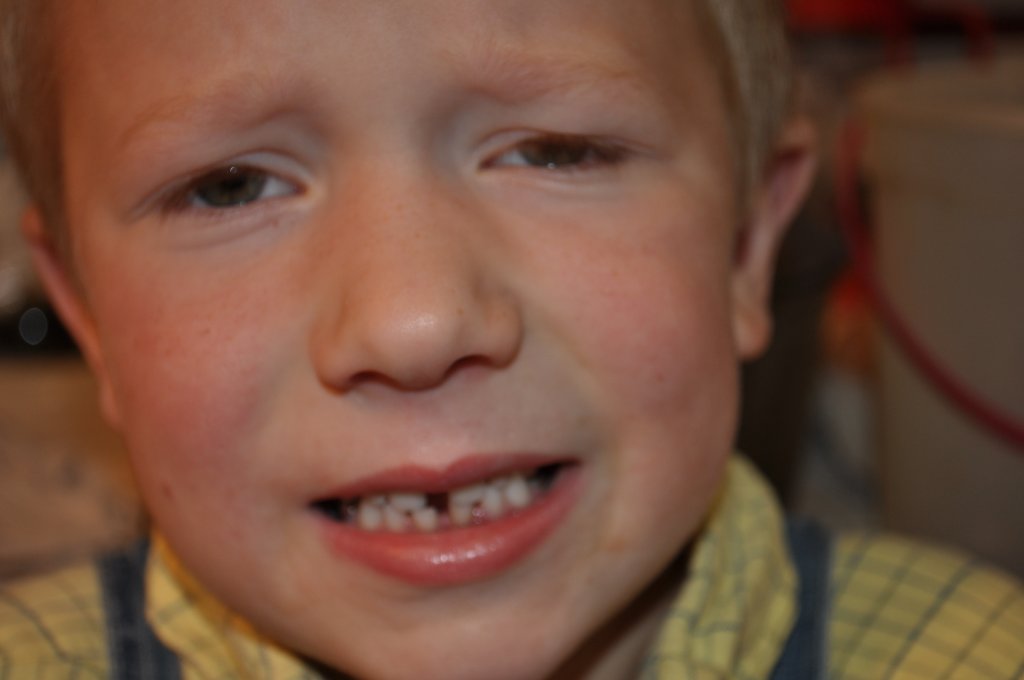 You can see that he’s not totally sold, yet, on my pulling his first tooth.

Now my kids will tell you that I am very good at pulling teeth, extracting slivers, taping up gaping wounds and removing ticks.  They think it’s kind of creepy that I actually enjoy these little motherly tasks.  I just laugh and say that it’s my “inner surgeon” that gets into it.  In any case, what mother isn’t anxious to just yank out that tooth after days and days of whining, fretting, constant tooth-wiggling, and anxious conjecture about whether the Tooth Fairy is real or not?

So the moment was finally presented to me.  After several false starts, little Mack presented his wiggly tooth to me and said “pull it.”

I turned to grab a bit of tissue, expecting (as had happened many times before) him to dart away while my back was turned.  He didn’t.  Okay, then, this was serious.  He let out a whimper.  I fixed a steely gaze on him.

“Be brave.  You’re a little man. Men have to be brave.  Someday you’ll have a son, and that son will need you to pull his tooth.  You need to practice being brave for that day.”

My son squinted his eyes tight and moaned softly.  I put the little bitty piece of tissue down on the loose tooth.

“Are you ready?”  He whimpered, but he didn’t run away.  I guess that was a yes.

I gave the merest tug, and the little tooth came out in my fingers. It was almost a non-event.

His eyes flew open and disappointment filled his face. “It didn’t come out, did it?  You didn’t pull it, did you?”

I smiled and showed him the tiny tooth between my fingers.  The tiny tooth that, six years ago, had kept him and me and his dad up for several nights in a row, as it pushed its way to the surface.  His first baby tooth that caused such pain and sleeplessness and angst.  And then, such joy and relief when it finally emerged.

“Look,” I said, and when he realized what I held between my fingers, his face relaxed and washed over relief and joy.

“It came out?  That’s it?  Why is it bloody?”  And my little man was a little boy again, asking questions and racing around the house to share with his siblings and his dad this important milestone.   I found him in the bathroom again and again, throughout the day, studying his new gap in the mirror. 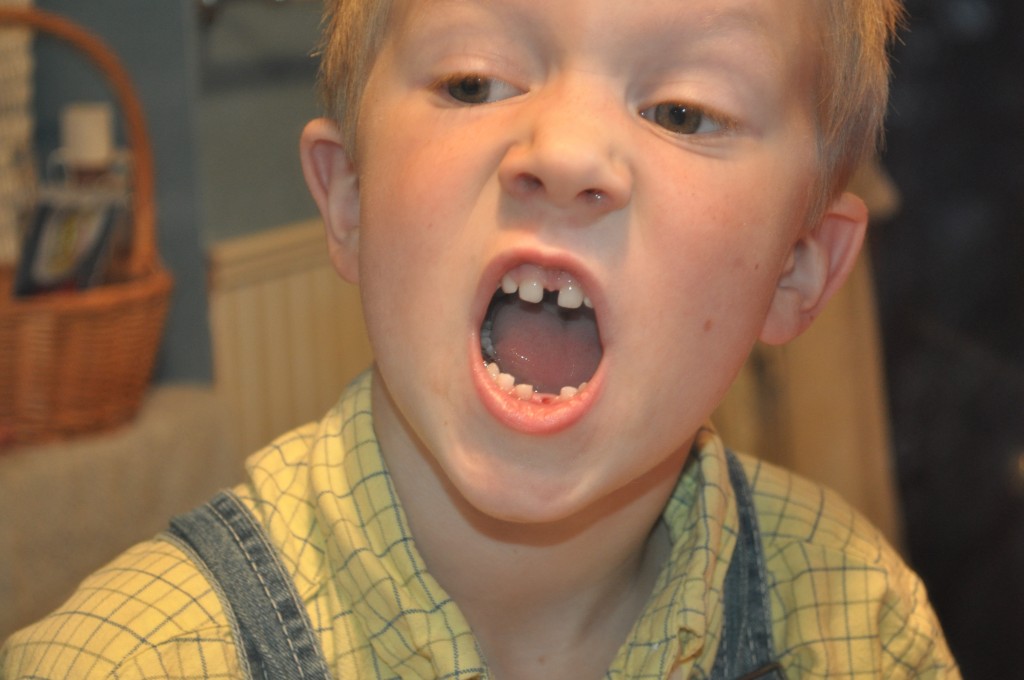 Later in the day (since his mom didn’t botch the first tooth-removal) he came to me and asked me to pull the second tooth, so now his gap is bigger and he speaks with the merest lisp.

One thought on “Big Week for Little Mack”