I really love old things. Come to my house and you’ll see that this is true. Slick, shiny, new things don’t have a lot of appeal to me–I’m not sure why. Well. New babies, I like. A lot. 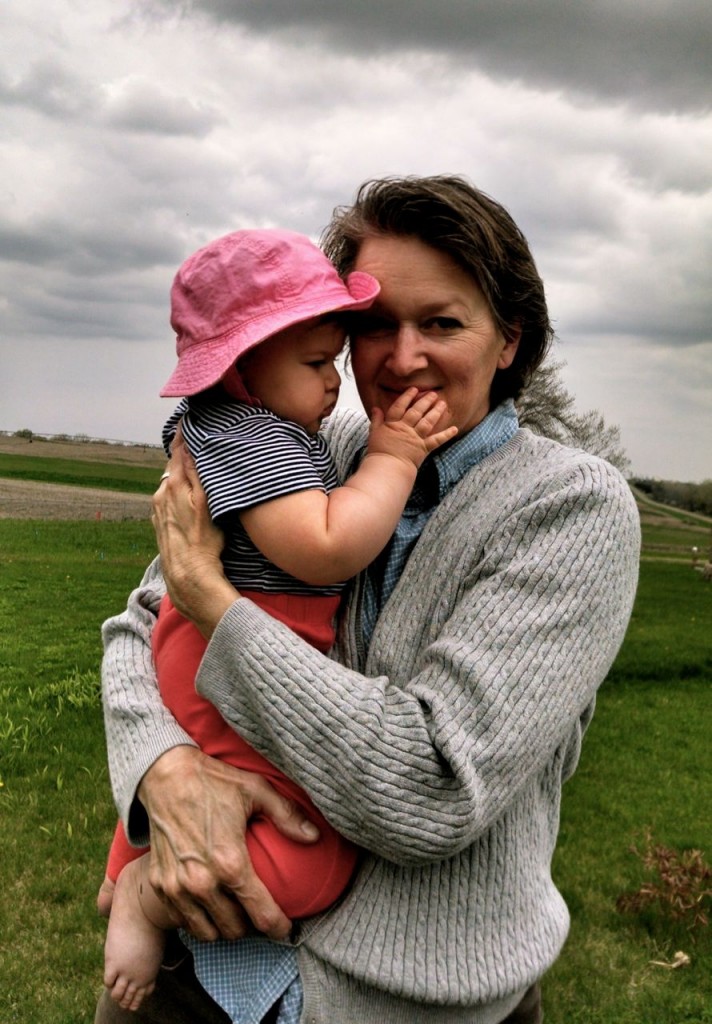 I get to hold this little dolly Livia during Amalia’s cello lesson most weeks. Her mama is Amalia’s teacher.

But mostly, old things are what I am drawn to. I like the design, the details, the beauty and the craftsmanship in something like this: 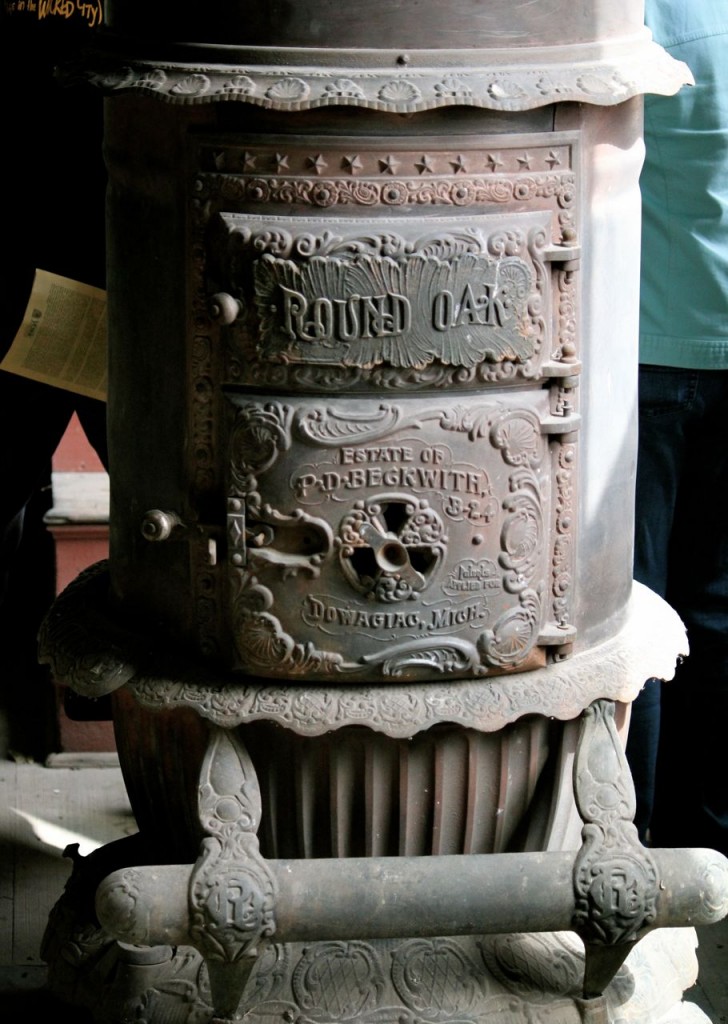 I could stare at this old stove for hours. See the stars? The fancy initials? The latticework?

That’s part of why I was so tickled to get to tour the old Warren Opera House in Friend, Nebraska, after watching Bethany perform with her college’s Traveling Children’s Theatre. The first floor of the opera house is beautifully restored, with large paintings done on canvas hanging on the walls, beautiful old brick walls and high exposed ceilings. It’s a nice place for the kids to perform, with plenty of natural light.

I don’t know which was sweeter: to watch our girly perform in this delightful version of “Pecos Bill” or to hear the peals of laughter from the littles in the crowd. 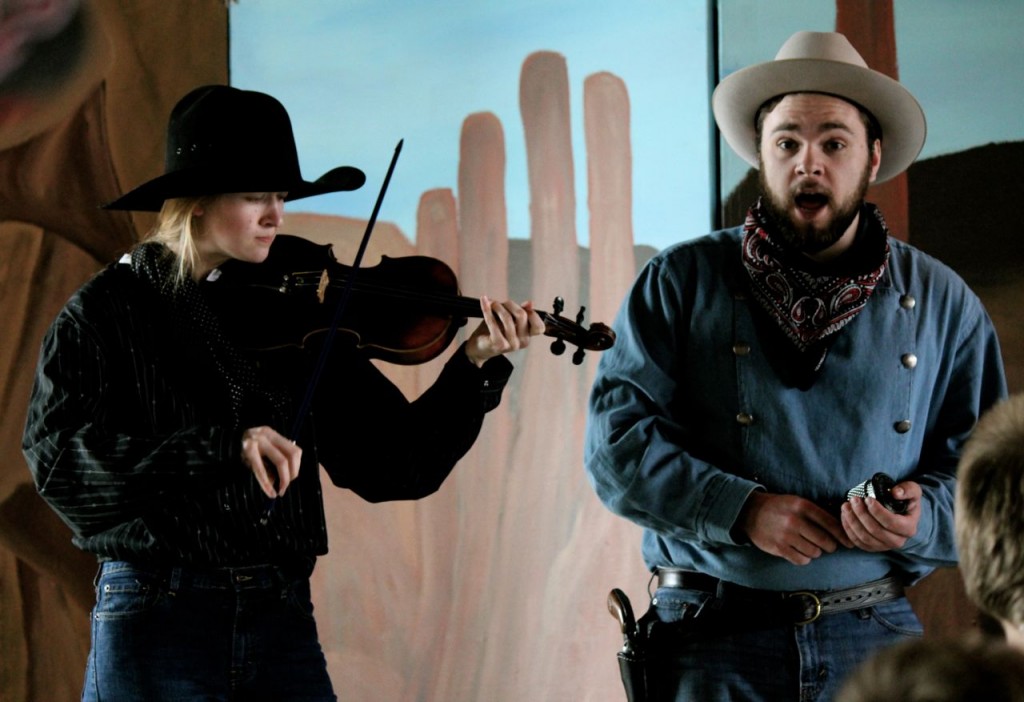 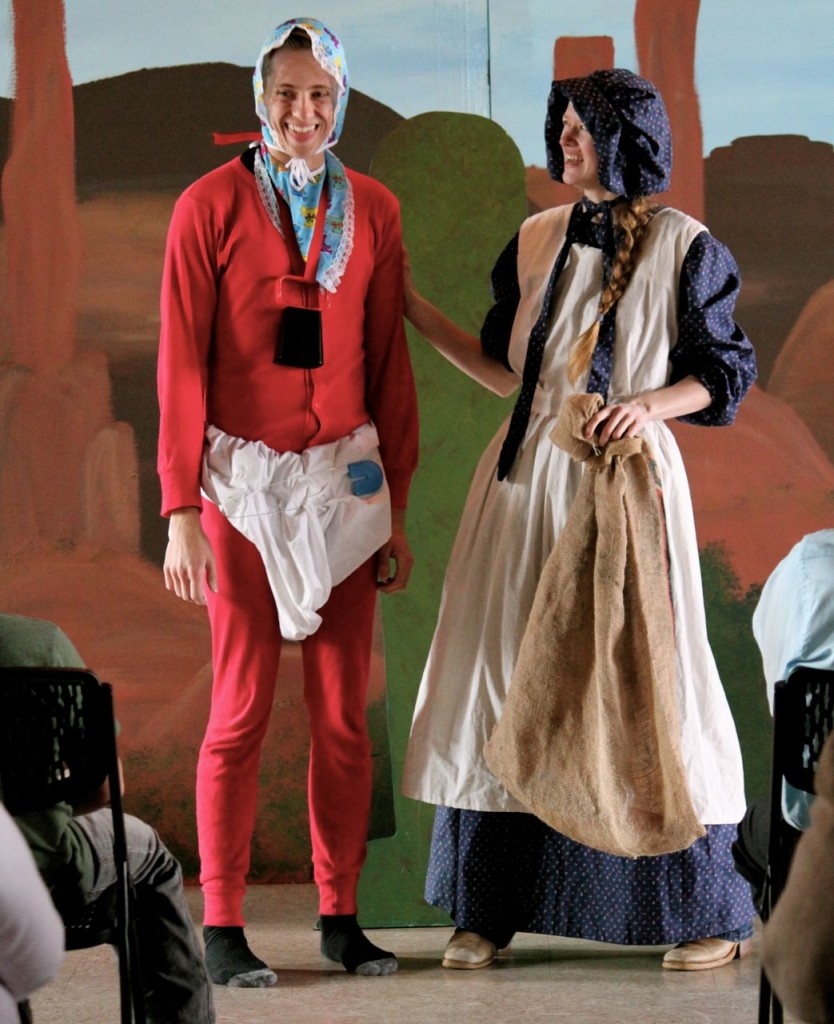 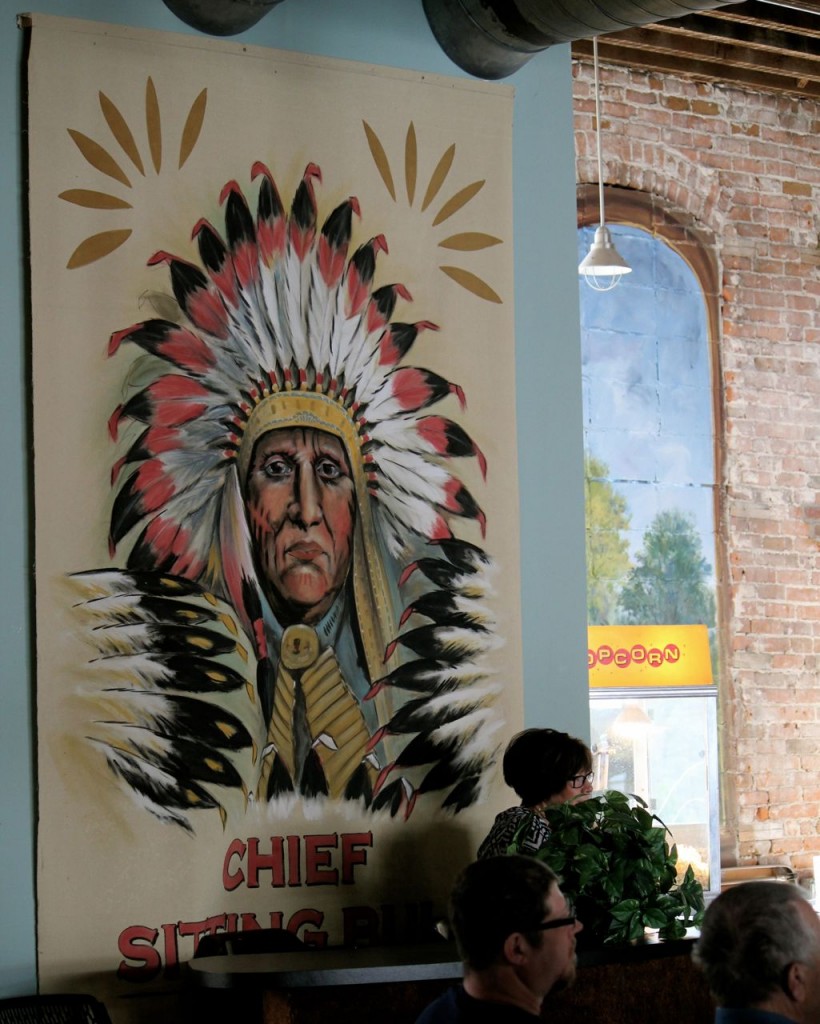 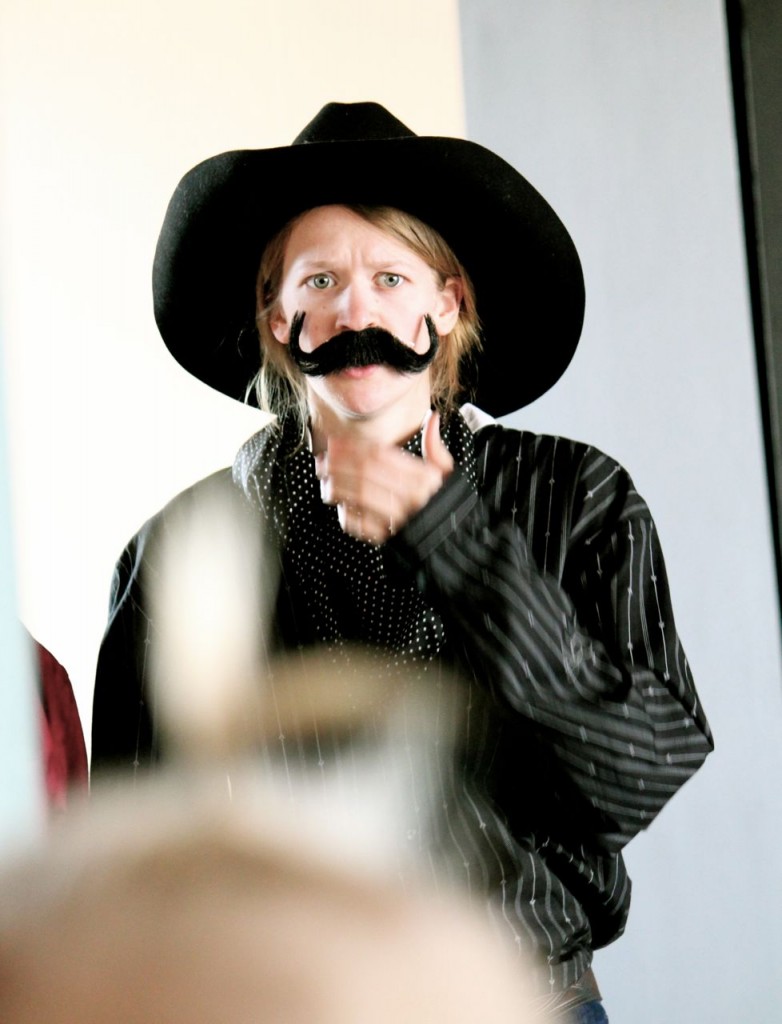 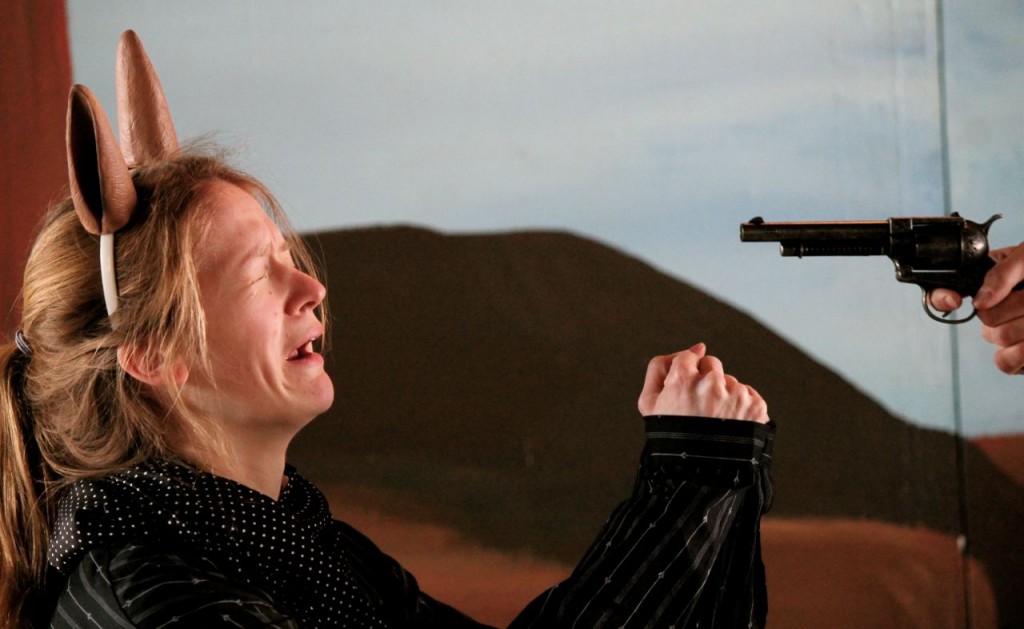 These kids of the York College Children’s Traveling Theatre always put on a great show. 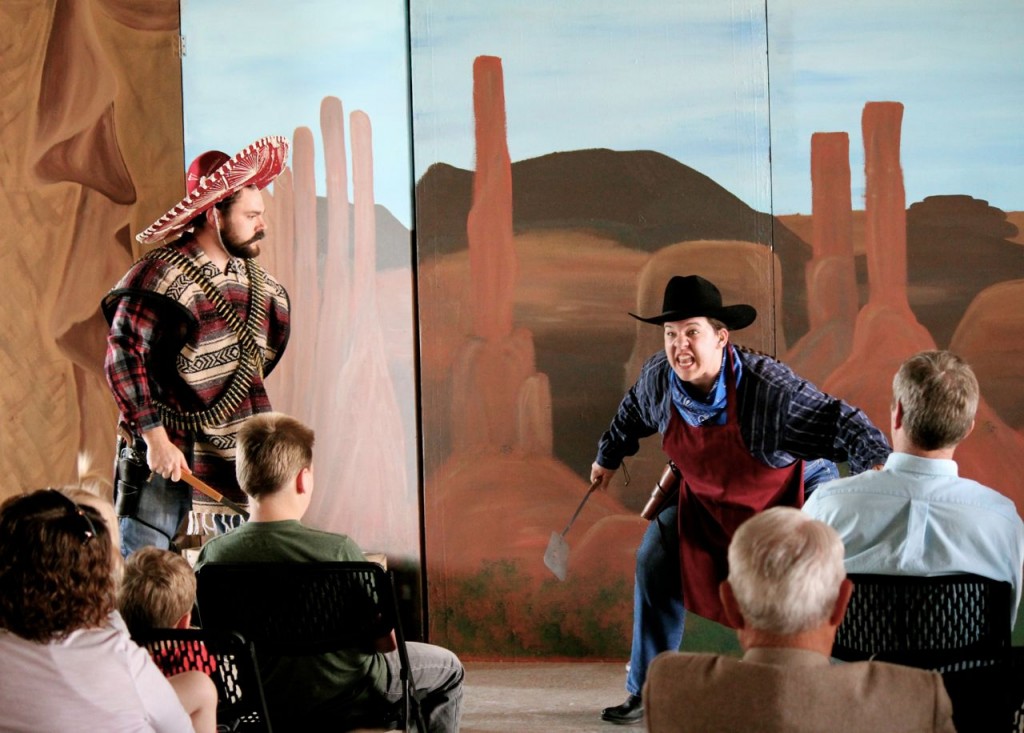 That Bow-legged Bob! Such a Scalawag.

After the show, one of the ladies in charge of the facility was gracious to give us a tour of the upstairs of the opera house. There’s a group of citizens in Friend who are raising money to restore this old beauty, which I’m so thankful for. It’s such a shame when they topple these beautiful old places to make room for a parking lot, or another fast food place. There’s no way to ever get them back. 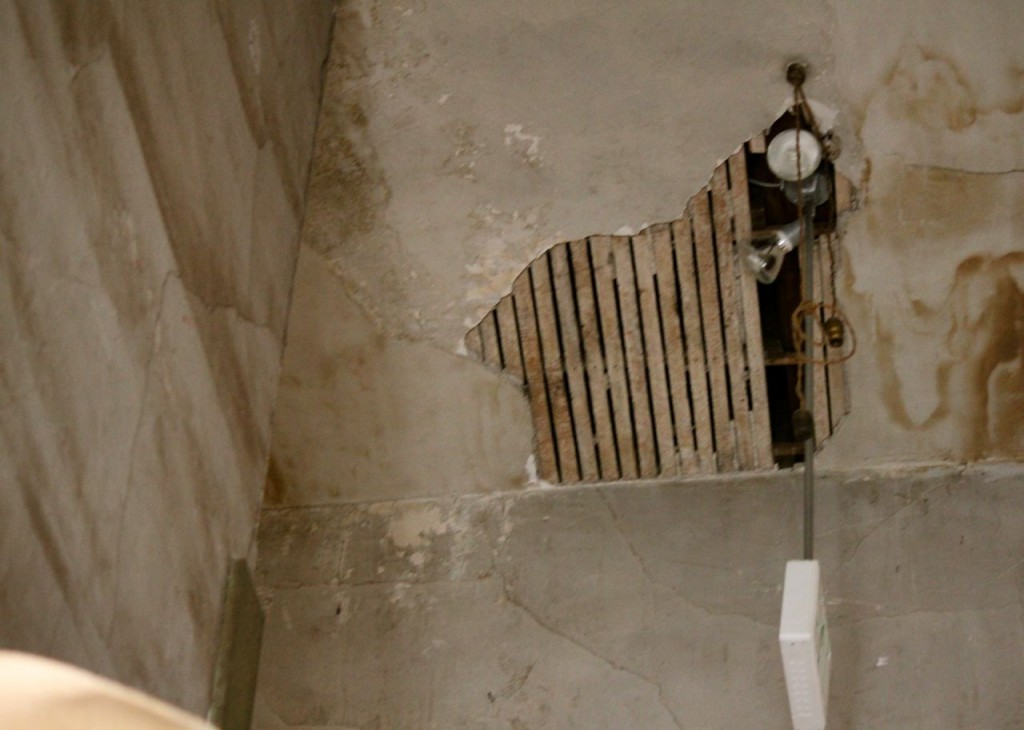 Old flats are still in place on the stage. I really wanted to take a few of these gorgeous old chairs home with me, but they were attached to each other. 🙁 I mean, literally–they were connected with boards that ran underneath them.

I would have had to take an entire row. Not that I would have done that, Gentle Reader. But I really wanted to. It’s a mercy that I married a good man who would never break the rules, isn’t it? 😉

The most fascinating area to me was the backstage. I spend quite a bit of time fussing about backstage during our shows, and it is always an emotionally-charged place for me. I’ve got a real fondness for everything that goes on (well, okay, not everything) back there. Len was a bit of a rule-breaker, I guess. We were fascinated by this old wind machine, built into the wall. Bryan built one for our show this year, and it looks very much like this one.

Actors these days like to leave their mark someplace on the set or in the theatre. Back 100+ years ago, I guess it was the same deal. Check out all this old graffiti: I can see a frustrated stage manager painting this above the props: “Don’t touch the props!!” Heavy weights to use in raising and lowering flats and other items. 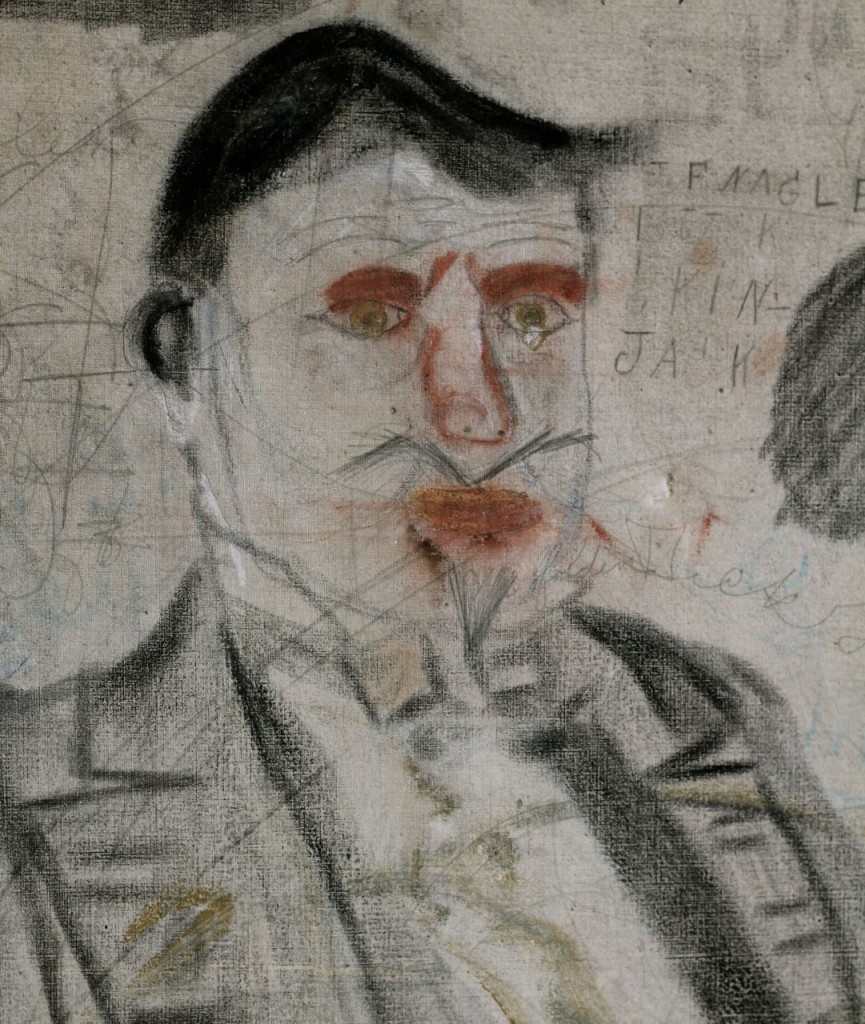 This self-portrait (possibly?) shows the hairstyle and clothing of the time: and is that a tear? Oh, if only this portrait could talk! There’s a small apartment in back of the theater, with lots of personal things, like this mailbox. It always comes back to the chicken, doesn’t it?

Thank you so much for enjoying my photos with me! I applaud these folks for going to the trouble and the work to restore this old treasure of a building, and I applaud the work of the York College thespians!

Say, if you’re looking for an investment opportunity in the arts, I think I could probably make the connections to help you in that! And here’s the Facebook page for the Warren Opera House, if you’d like to follow their progress.