No matter how carefully you seed your garden crops, you’ll often need to perform the tedious and necessary task of thinning them.  There are a number of crops such as onions, beets, radishes, lettuces, and carrots which will never reach their potential in size or quality if you fail to thin them. It takes a bit of time, but it’s worth the trouble!

I actually enjoy the thinning process and always feel that the thinnings I carry away from the garden are a kind of bonus for taking good care of my crops.  Recently I plugged in my MP3 player with a new audiobook (well, actually, an old favorite:  Persuasion by Jane Austen) and went to work on my carrot patch and kohlrabi patch, both of which were overdue for thinning. In an hour or two I a nice pile of baby carrots and a heap of kohlrabi greens to carry back to my kitchen. (I was a bit late at thinning the kohlrabis, as you can see from the pictures below.) 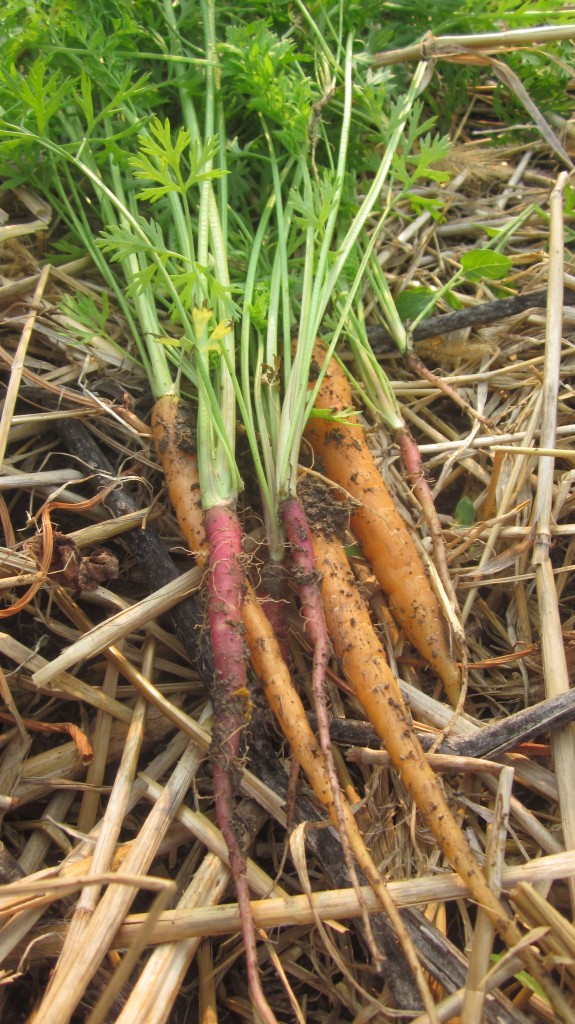 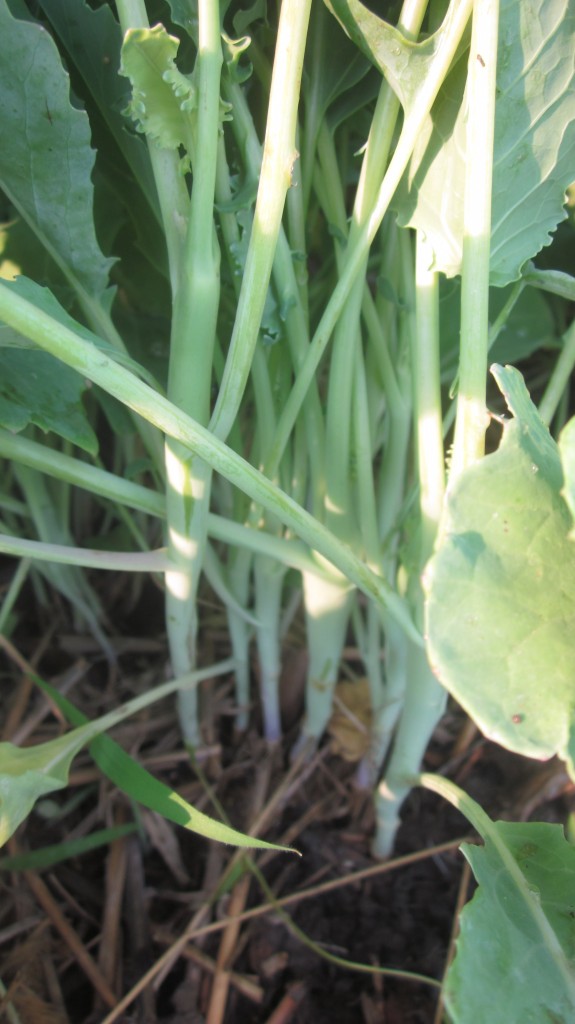 Because these kohlrabis are too close together, they are not bulbing out properly. 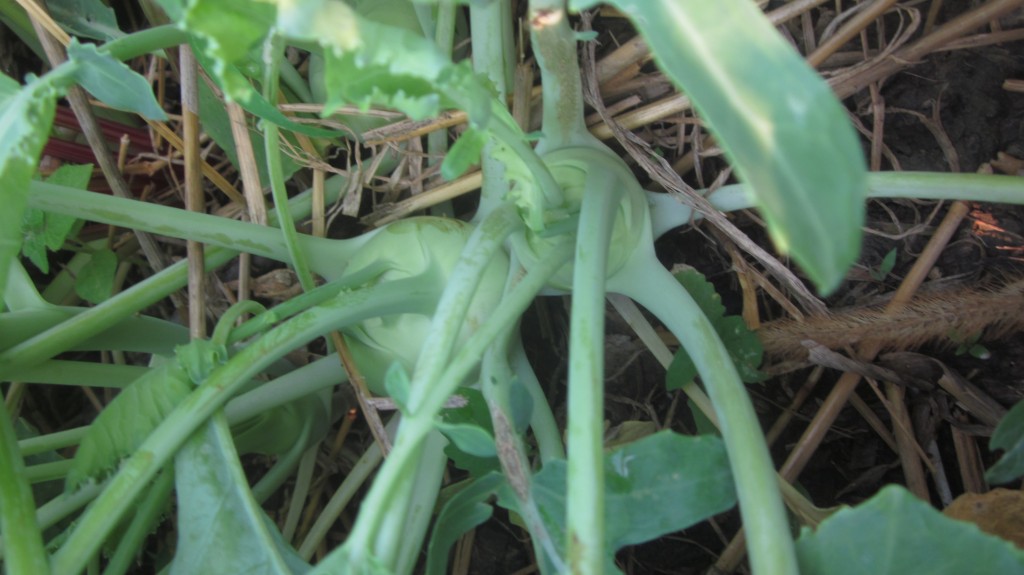 These kohlrabis were planted at the same time: they are bulbing out nicely but could use a little space, also. 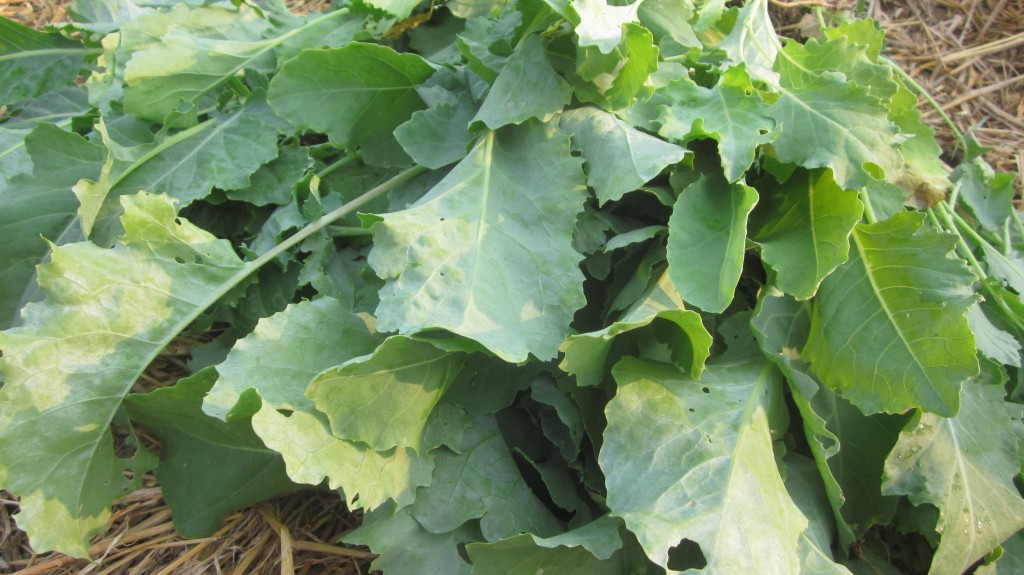 These young kohlrabi greens were very good stir-fried with olive oil and garlic.

So! Thinning is not only quite important, it is crucial to success for many crops.  I’ve attached an excellent Ezine article on thinning your crops garden below, written by the gardening author Johnny Cartwright.  I hope you enjoy it!

For plants that have been direct seeded into your garden, you may find that once the seedlings have begun to appear, you’ll need to thin them. This is especially true for root crops, as well as crops that have delicate root systems.

This part of the garden chores should be done as soon as the plants are large enough to pull out of the garden, and before they begin to show the effects of crowding in the garden.

When you’re deciding which plants to thin, you need to keep in mind not only keeping the most healthy plants, but also maintaining proper spacing. Failure to properly thin your garden will usually result in an inferior crop, or one that doesn’t produce to its potential.

Some gardeners are reluctant to thin their plants, and often put it off until it’s too late. Thinnings of carrots, onions and other similar vegetables are often delayed, as the gardener hopes to use the thinnings, as opposed to simply tossing them on the compost heap. Unfortunately this is usually a bad idea. Overcrowded plants take longer to reach maturity, and as they get bigger, the removal of one plant is more likely to seriously disturb its neighbors.

A better solution is to thin in two stages. In the first, or preliminary, thinning, thin as early as possible, but leave the plants about twice as thick as you ultimately want them to grow. In second stage thinning, you can then pull out about every other plant as soon as they reach edible size.

This style of thinning is particularly suited to carrots, beets, lettuce and onions. Parsnips, salsify and other root crops should be thinned once, and to their full distance.

If you are afraid to pull plants to thin the crop, try using kitchen scissors or garden shears. Snip the tops of the plants to be sacrificed. The soil around the plants you want to keep will remain undisturbed, but by removing the leaf structure, you stop the growth of the unwanted plants.

20 thoughts on “To Thin or Not to Thin Your Garden Veg . . .That is the Question”