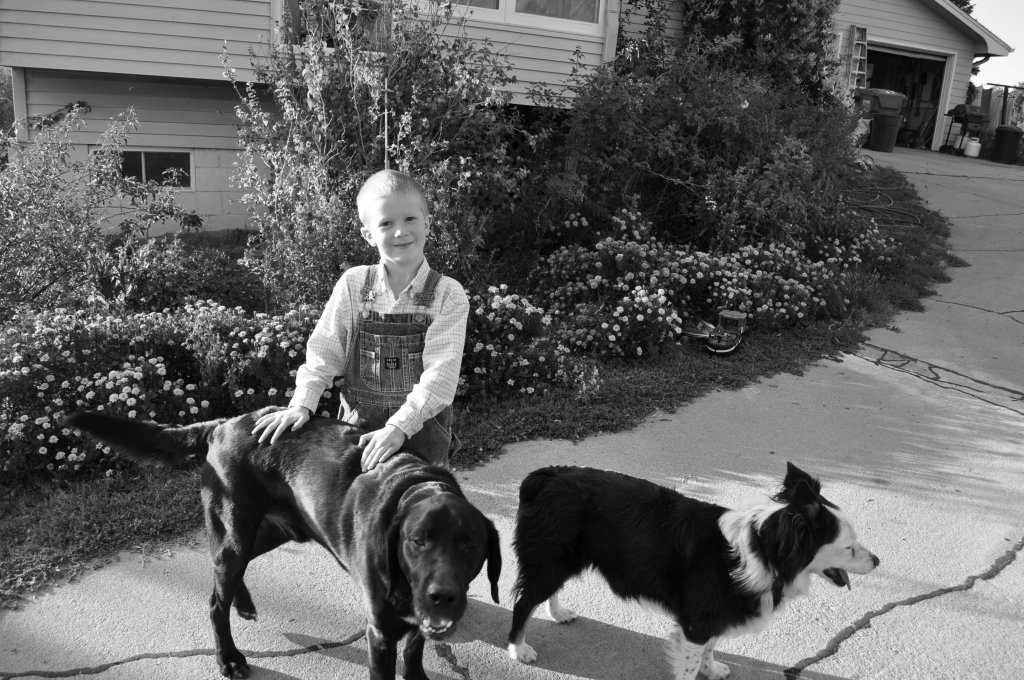 Here’s my little Mack, with his pals Ollie and Bea.

(If you’ve missed this saga so far and want to start at the beginning for the full story, here is where you do it.)

Tonight was the first night we hadn’t lost a chicken (as far as I know!) in over a week.  Earlier, at dusk, we worked hard to get all the devil-may-care, stayin’-out-tonight, party-time hens into the coop (what a marvelous temptation it must be to stay out late, when the chicken coop is so hot and stuffy and full of grouchy hens and ornery roosters!) and we missed only a couple, who roosted in a tree near the coop.

Those two then, of course, as might be suspected, let out a mighty ruckus at about 1:00 a.m., and then again at 5:00 a.m.  I pitched out of bed both times, staggered blindly through the house to let the dogs out, and Bea and Ollie went wild in the darkness.  They yipped and chased and acted Brave and All Wolfish.  Once again, they eventually returned to me, empty-handed (so to speak).

I hoped that the Dreaded Varmint was getting the hint and would soon move on to another place to get his warm middle-of-the-night snack.  The wounded hen, from the night before, perished, poor thing.

One thought on “The Dreaded Varmint, Day Six: ruckus during the night”